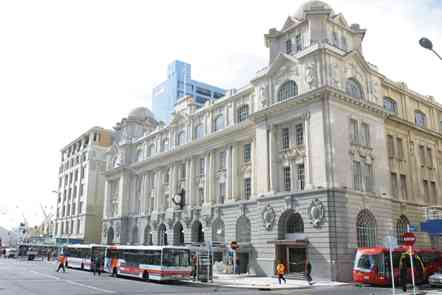 Auckland Council’s Regional Development and Operations Committee (RDOC) has agreed unanimously on a raft of recommendations to strengthen the focus on built heritage through the planning process.

“There is still a lot of work to be done in this area,” says RDOC Chair Ann Hartley. “We need to be clear what is going to be notified and what is not, under the forthcoming Unitary Plan. We also need to extend the protection for historic homes and buildings throughout the Auckland region, not just those in the inner city suburbs which are in Residential 1 and 2 zones.”

Councillor Hartley thanked council staff for their professional approach in dealing with heritage and character matters, and said that there was also an improved attitude among developers. She noted the ongoing interest of local boards in heritage matters and their collaboration with staff and councillors through the development of the Unitary Plan, and acknowledged the long history of the issue of built heritage, noting that the protections that exist today are the result of many years of hard work by previous councillors.

Councillor Hartley said the Britomart Precinct is a great example of where Auckland’s heritage was protected and enhanced. She said that, prior to 2005, the demolition of buildings in many of Auckland’s older suburbs was automatically permitted.

The committee heard expert evidence on where “special circumstances” provision in the RMA could enable notification of resource consent applications for the demolition or significant modification of pre-1940s houses in inner city suburbs (Residential 1 and 2 zones).

Committee members agreed that it would be useful to provide guidelines on when “special circumstances” might apply to such applications.
“In recent months there have been three cases in which the council considered there were special circumstances warranting notification and this test is routinely applied to all resource consent applications,” says Councillor Hartley.

The council’s Heritage Advisory Panel has recommended against making changes to the District Plan itself to allow notification of such applications, as this would be too time-consuming and costly.

Mayor Len Brown says he is looking forward to the drafting of Unitary Plan rules, where the community would have the opportunity to discuss these issues.

“The council has agreed that the best outcome is to ensure that there are clear rules in the upcoming Unitary Plan to ensure that heritage and historic character buildings are dealt with in a way that meets the expectations of the wider community,” says Len, the mayor.

Auckland Council is currently reviewing all land use and regional controls. Its recommendations, which will form a new Unitary Plan for the whole of the Auckland region, will be open for public review in March next year.